The Significance of Juneteenth – by Lori Caudill 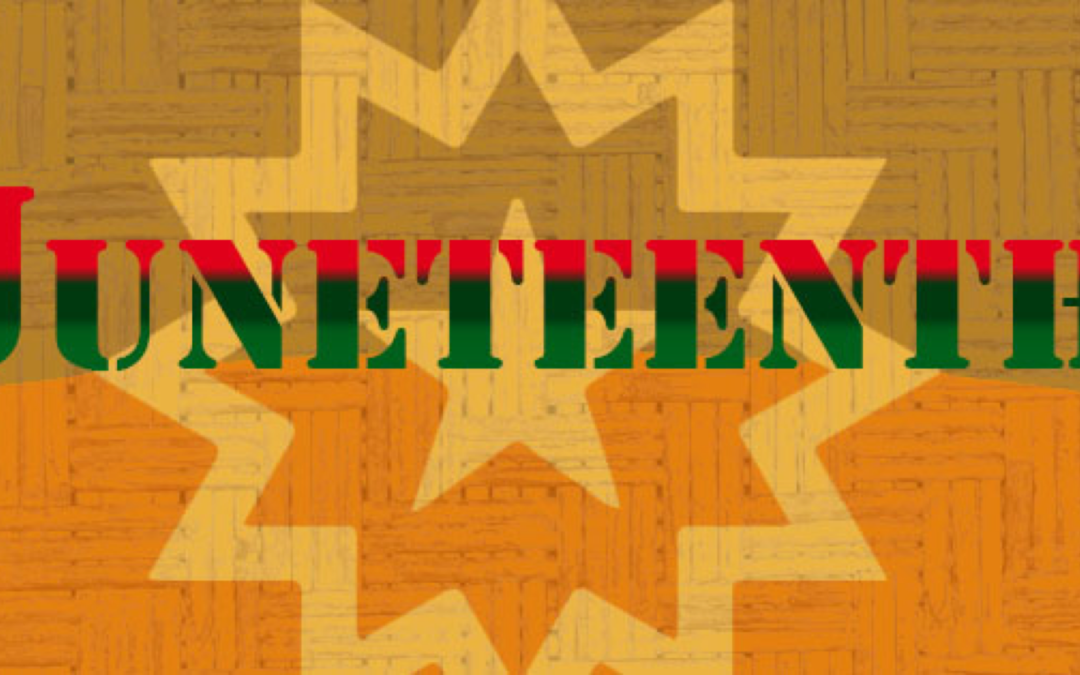 By June 19, 1865, the Civil War was over and Abraham Lincoln had been assassinated months earlier: so, what is the significance of that date?

It was on June 19, 1865, that Major General Gordon Granger and his Union Army soldiers rode into Galveston, Texas, where Granger publicly read General Order Number 3: “The people of Texas are informed that in accordance with a Proclamation from the President of the United States, all slaves are free. This involves an absolute equality of rights and rights of property between former masters and slaves, and the connection heretofore existing between them becomes that between employer and free laborers”

As a result, on that day two and a half years after President Lincoln had issued the Emancipation Proclamation in 1863, almost 250,000 enslaved Americans in Texas heard for the first time that they were free. In the following months and years, as many of the former enslaved people from Texas moved to other parts of the nation and shared the story of the importance of the event and the date of June 19th, the celebration of the end to slavery became known as “Juneteenth.”

Celebrations of Juneteenth first occurred in rural areas, especially in the U.S. South. As Juneteenth became more important and as African Americans became landowners, some bought land in order to host celebrations, including Juneteenth. For example, in 1872, Reverend Jack Yates helped raise $1000 to buy land in Houston Texas to hold Juneteenth celebrations, a spot that became known as Emancipation Park. Sadly, as segregation laws and Jim Crow spread, and as African Americans again were not allowed to use public places or parks, Emancipation Park became the only public park and swimming pool in the Houston area that was open to African Americans, a situation that persisted until the 1950s.

The rise of the Civil Rights Movement in the 1950s and 1960s led to an increase of Juneteenth celebrations to honor significant African-American historical events and leaders, and to serve as a focal point for the Civil Rights Movement itself. Reverend Ralph Abernathy led the Poor Peoples’ March to Washington D.C. on June 19, 1968 — and planned the event with Martin Luther King — for the March to coincide with Juneteenth. The People’s March called for “people of all races, creeds, and economic levels to meet and show support for the poor” and was such a success that people were inspired to revive Juneteenth celebrations around the nation to educate and empower their communities. However, Dr. King couldn’t attend the March or celebrate Juneteenth that year because he had been assassinated two months before.

In 1980, Texas was the first state to declare Juneteenth a state holiday. Since then, Juneteenth has grown in popularity and spread to almost every state with commemorative celebrations that last a day, a week and sometimes a month featuring parades, family reunions, barbecues, educational speeches, and historical reenactments, including that of the life of Harriet Tubman. Public support is growing to make Juneteenth an official U.S. federal national holiday.

Although Juneteenth is an annual celebration of freedom — Steve Williams, President of the National Juneteenth Observance Foundation, emphasizes that, “Juneteenth is a unifying holiday” — Juneteenth 2020 is being celebrated amidst national protests against police brutality and racism after the death of George Floyd. As Brianna Holt observes in the New York Times, “Awareness of Juneteenth is at an all time high, more timely and relevant than ever, a reminder that freedom is still long overdue.”