It Might be Time to Start Looking for a New Sheriff 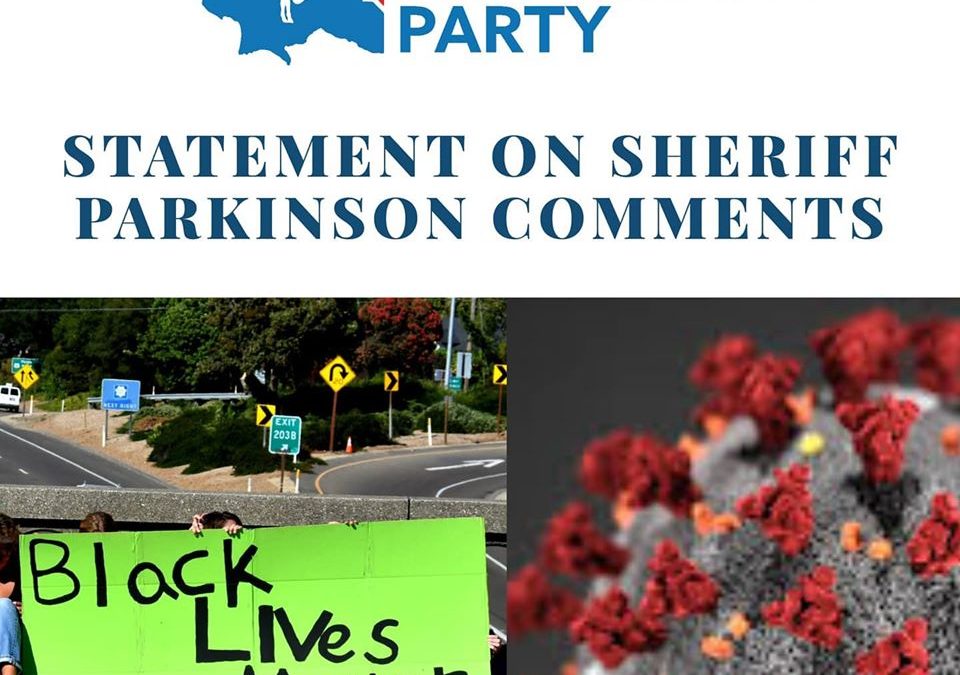 It Might be Time to Start Looking for a New Sheriff

As we mourn the 7th COVID-19 death in our county, the reckless, unprofessional and divisive comments Sheriff Ian Parkinson made about the pandemic to the North San Luis Obispo County Tea Party on July 6, call into question his fitness and competence to serve as our county’s top law official.

Holding a mask in his hand, Sheriff Parkinson said “If you choose to wear one, great for you. If you choose not to wear one, great for you”. The Governor has made wearing a face mask when in public the law of the state, based on the recommendation of renowned public health officials. But Parkinson told his extreme right-wing audience that they may do so “voluntarily”. Can the Sheriff explain what other laws are voluntary? Or are laws only voluntary if you are friends with the Sheriff? Does Dr. Borenstein agree with the Sheriff’s remarks? In a pandemic, silence is not an option. We need answers.

Unfortunately, Parkinson did not limit his bizarre and erroneous comments to the pandemic, but went on to dismiss nationwide criticism of police departments as “garbage”, told the cheering audience that he’s “never seen any indication that systemic racism exists in this county,” and said that the demonstrations across the county serve “no purpose other than destruction” while repeating “I don’t get it”. I think he is 100% correct there, he doesn’t get it.

The Chair of the Republican Party of San Luis Obispo County, was in attendance at the July 6 meeting. He told The Tribune Monday that he personally agrees “with everything said by Sheriff Parkinson.” Apparently he agrees so much that the video was taken down.

If you have been paying attention, you know that we can’t expect more from the Republican Party, and it is now becoming obvious that Sheriff Parkinson is coming up short by almost every measure, including that of the San Luis Obispo County Sheriff Office’s website which states that, “Our vision is to be the most progressive and creative leaders within the law community, and ensure our County remains one of the safest places to live and visit.” Maybe we should add to the end of that paragraph “for some”.

The San Luis Obispo County Democratic Party calls on Sheriff Ian Parkinson to publicly and immediately meet with community leaders and the media to explain himself, and to demonstrate by word and deed that he is fit to protect all of us, not just a radical few.