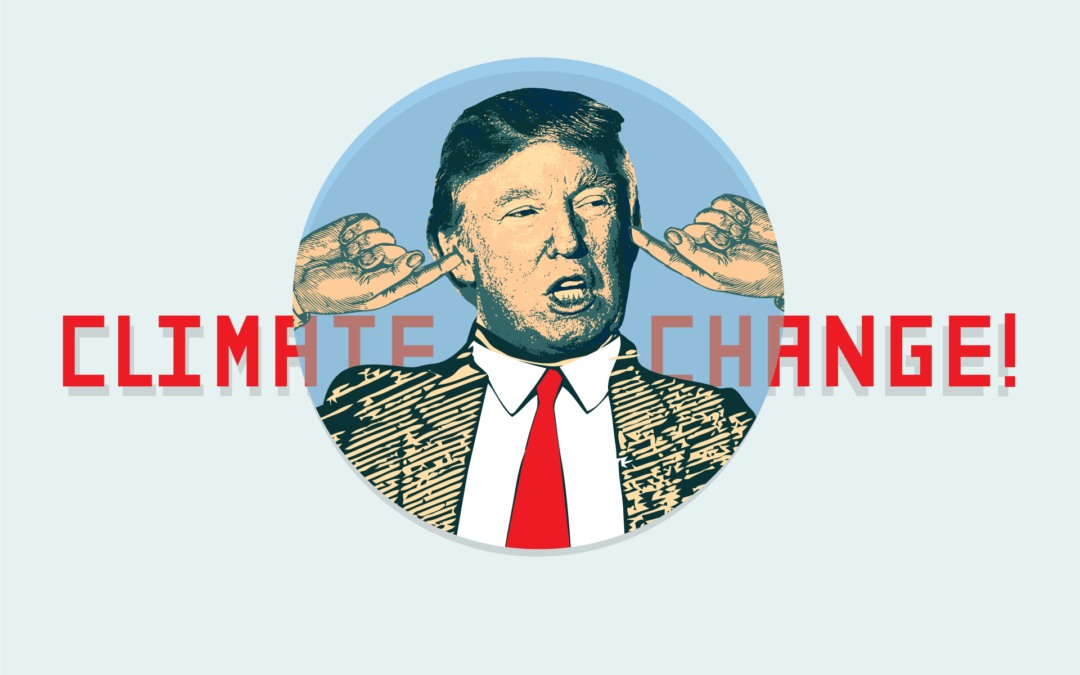 If we are to successfully combat and prepare for global climate change, we must take bold steps now to change our nation’s political climate. Without the latter, the former is practically impossible.

America can do this, with one caveat: we must do this together. We have the know-how to transition rapidly to an economy based on 100% clean, renewable energy with zero emissions. By weaning off of coal and oil — in addition to healing our planet — we will dramatically improve public health and reduce the costs of healthcare. We have the capital to invest massively in wind, solar, geothermal, and environmentally friendly infrastructure, rebuilding our communities and creating millions of good sustainable jobs. Our free society’s genius for innovation and our capacity for hard work will allow us to address environmental injustice while simultaneously re-energizing our economy.

The first step to deal with a problem is to acknowledge that it exists. Regrettably, the Trump Administration’s science-denying, hyper-partisan approach to climate change is a calamity, exacerbating an already dangerous situation, much in the same way and for the same reasons that the White House is mishandling our nation’s response to the COVID-19. Fortunately, because the challenge of climate change demands that cool reason prevails — rather than heated words and hot air — reasonable people across the political continuum are finding common ground, step by step. There remain differing opinions about how and how fast we move in order to avoid the looming, catastrophic consequences of climate change, but a growing American majority agrees that we must act.

In the Democratic Party, former Vice President Joe Biden reached out to the principal 2020 presidential candidates and their diverse supporters — especially to Senator Bernie Sanders — to hammer out a detailed, pragmatic and achievable plan to build a coalition to fight and prepare for climate change, and to reassume our international environmental leadership role. Biden is serious: he vows to devote $2 trillion dollars over four years to combat climate change, saying that, “These are the most critical investments we can make for the long-term health and vitality of both the American economy and the physical health and safety of the American people.”

In Trump’s White House, he and his radical allies are still trying to politicize the reality of climate change — calling it “a hoax” — but their numbers are dwindling within the Republican party. Given the urgency, Republican students, young conservatives and stalwart GOP leaders such as former Secretaries of State George Schultz and James Baker call on Trump to reverse course and support a carbon tax to reduce our national carbon footprint. 2020 Republican presidential candidate and former Governor William Weld demands that Trump rejoin the Paris accord on environment. And our former Republican governor Arnold Schwarzenegger criticizes the climate change naysayers noting, “Critics say that if we go green and pass environmental laws, people will lose jobs. It’s all lies … California is the perfect example of how we can achieve economic growth and also protect the environment.”

On the local level, every San Luis Obispo County municipality (save Atascadero) has chosen to join Central Coast Community Energy (CCCE) which sources renewable energy and transmits it through the PG&E grid. It is a perfect example of how local political entities can come together and support public owned and controlled renewable energy supplies; save consumers millions of dollars; reduce carbon emissions by millions of tons; and return millions of public profit dollars to communities for climate change mitigation projects. Unfortunately, by rejecting CCCE, the current Board of Supervisors refuses to give local unincorporated residents the same choice and benefits. By rejecting a vote, our Republican Supervisors made the county miss out on allowing residents and businesses to decide if they want to receive over $2,250,000 in rebates each year while removing over 100,000 MWhrs of carbon emitting generation from our energy mix, annually.

Going forward, now is the time for SLO County Board of Supervisors Arnold, Compton and Peschong, the San Luis Obispo County Republican party, and Assemblyman Cunningham, to “think globally and act locally,” to join with their neighbors, regardless of political affiliations, to fight climate change and put their constituents’ best interests above those of their fossil energy corporate patrons.

If we don’t change our political climate now, climate change eventually will do it for us.