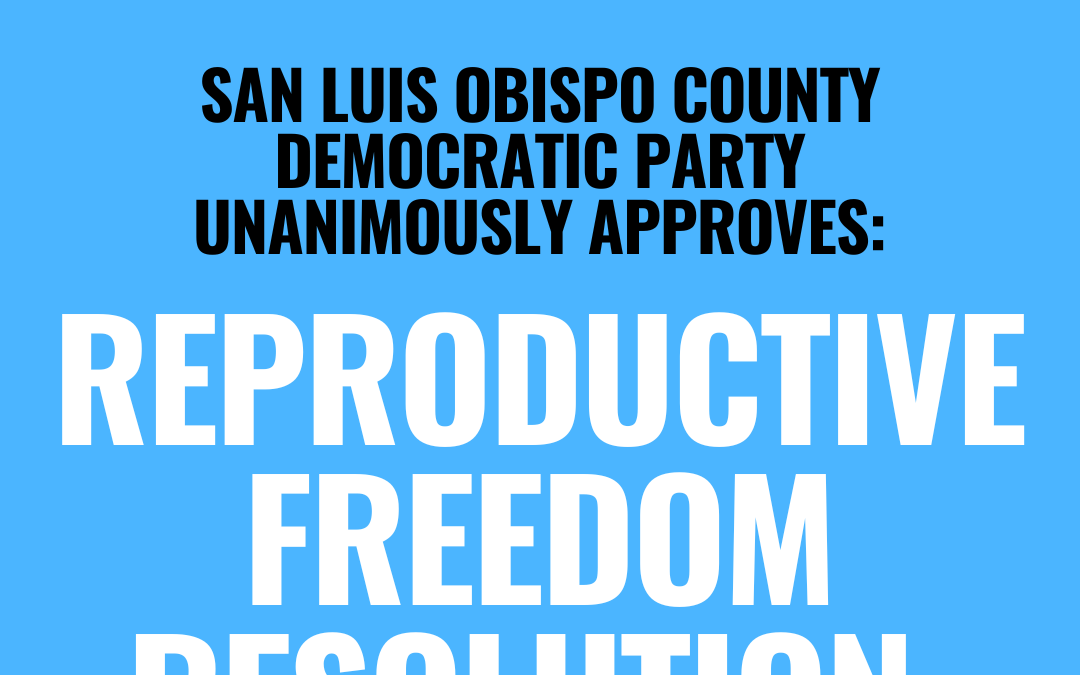 WHEREAS every person has the right to privacy and reproductive freedom, including abortion and access to contraceptives; and

WHEREAS on June 24, 2022, the Supreme Court of the United States ruled to overturn landmark case Roe v Wade in an attack on reproductive freedom; and

WHEREAS hundreds of pieces of legislation to ban or limit abortion and/or make abortion illegal before pregnancy is even detectable have been introduced by Republicans across the country; and

WHEREAS the Supreme Court ruling will trigger bans in Republican-controlled states; and

WHEREAS California is a Reproductive Freedom state and our laws protect everyone’s right to obtain an abortion, and Governor Newsom has vowed to protect reproductive health in California through policy and budget;

Section 1. The San Luis Obispo County Democratic Party will always uphold a person’s right to privacy and reproductive health, including abortion and access to contraceptives, and furthermore;

Section 2. We proudly salute Governor Newsom and the California legislature’s efforts to be a Reproductive Freedom state for all, including our Senator John Laird who was a co-author of Senate Constitutional Amendment (SCA) 10, now known as Proposition 1, and furthermore;

Section 3. The San Luis Obispo County Democratic Party endorses November ballot Proposition 1, which would amend the state constitution to prohibit the state from interfering with or denying an individual’s right to reproductive freedom, which includes a right to an abortion and a right to contraceptives, and furthermore;

Section 4. Henceforth the San Luis Obispo County Democratic Party will only endorse candidates who explicitly stand for Reproductive Freedom and the Right to Privacy, and furthermore;

Section 5. We strongly encourage the California Democratic Party to adopt a similar resolution affirming its commitment to only endorse candidates who support these same values.